UK export trying to see as much of the States as I can. Based in San Francisco.

San Diego Zoo in Balboa Park is world famous so when asking friends who had already visited San Diego for their recommendations on what to do in the city, the zoo was mentioned every time. Despite plenty of reassurances from said friends that it’s a lovely place and the animals are well cared for, I’m not a big fan of zoos and usually end up feeling sad after seeing animals in small enclosures. So on our recent trip, I just couldn’t bring myself to visit the zoo in the city center.

Plan B was a visit to their sister location, The San Diego Zoo Safari Park (out in Escondido, a 40-minute drive outside of the city), which I’m pleased to say was a breath of fresh air. I loved seeing how much space the animals have there to roam free; the park is spread across 1,800 acres. I also felt that the zoo did a really good job in replicating the animals natural habitats as closely as they could do.

We opted for the ‘behind the scenes’ experience, which didn’t come cheap at $80 per person but was absolutely worth it. The tour included a private meet and greet with two of the ‘animal ambassadors’ (see photos!), feeding an okapi, taking a longer tour around the African woods and going behind the scenes at the tiger enclosure to see them close up and meet the trainers. 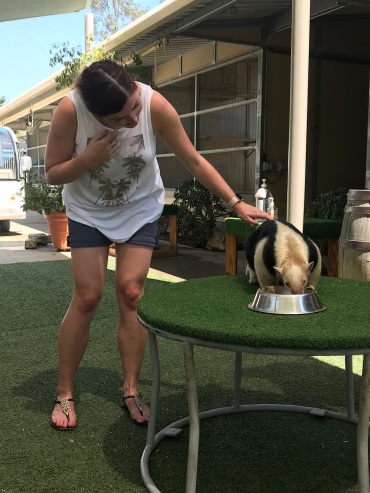 The food and drink offerings in the San Diego Zoo and Safari Park are pretty much what you might expect for a tourist attraction; burgers and fizzy drink fountains galore. You can and should take your own food, as there are ample spots to picnic and we regretted not taking one!

We went on the first Monday after schools in the U.S. had gone back. I think this may have had something to do with how quiet and peaceful we found this attraction, I imagine Saturdays in peak seasons might be a completely different experience!

My experience of the San Diego Zoo and Safari Park was overwhelmingly positive. I loved seeing the animals in what felt like a safe and happy space for them and meeting some of the critters close up on our behind the scenes tour. That said, I am sure there are some that will disagree, and I have to wonder how zoos will be viewed in the future. Will they achieve their goals of animal conservation, releasing animals back into the wild and preventing the extinction of rare species? Or might they go the same way as SeaWorld; a seemingly well-intentioned and harmless family day out that has been exposed (by the documentary Blackfish) as something far more sinister. I sincerely hope it’s the former, but as San Diego is also home to SeaWorld, it’s something I thought about.

I’ll leave this blog on a happier note, with some more images of the beautiful animals we met! 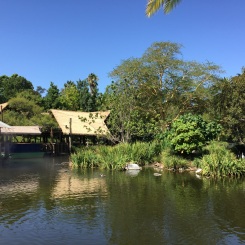 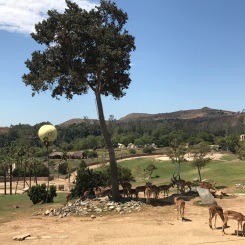 San Diego Zoo Safari Park on the Behind the Scenes Tour