UK export on a US adventure. Based in San Francisco.

We have just arrived back in San Francisco after spending Thanksgiving on the East Coast. Although we cheated slightly on the traditional Thanksgiving dinner and the break wasn’t without drama, from seeing wild turkeys to the Macy’s parade I have to admit I very much enjoyed the holiday.

To start with, the Thanksgiving shopping trip was an experience in itself! Stew Leonard’s has been described as “The Disneyland of Dairy Stores” and a visit there to pick up our turkey and all the trimmings did not disappoint. The store is complete with a train running around the aisles, several animatronic animals that sing at timed intervals and a whole host of other displays including a live turkey (which several signs assured us was being well looked after). Three out of the four of us had enjoyed a couple of drinks with dinner prior to the trip, so this made the Stew Leonard’s experience even more surreal! 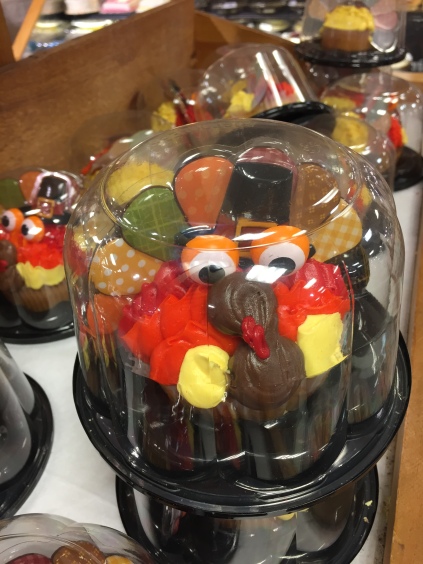 With shopping completed on the Tuesday night, on Thanksgiving eve we went to see Arrival at the cinema. It’s a brilliant film and I would highly recommend it. On returning from the cinema we learned that my sister-in-law’s dog had been rushed to the vets. He needed emergency surgery for a twisted stomach which is very serious. The surgery went well but he had to stay in for a couple of days, so although we missed him a lot on Thanksgiving day itself, we had a lot to be thankful for because he is going to be okay. 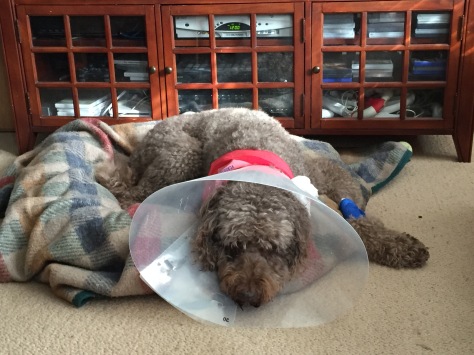 On the morning of the day itself, the Macy’s Thanksgiving Day Parade starts at 9am and is a holiday tradition that has been running for 90 years. If like me, your mind immediately goes to the giant balloons referenced in Friends episode ‘The One Where Underdog Gets Away’, you’d be surprised by all of the other entertainment that makes up the parade. Performers from Broadway musicals, TV shows, 12 different marching bands and a whole host of other entertainers take part, as well as traveling floats featuring muppet characters and Ronald McDonald. Annoyingly, the TV channels all show an excessive number of commercials which ruins the flow, but it’s a nice way to while away the morning and the ad breaks allow for checking on and basting the Turkey.

We definitely cheated on Thanksgiving dinner, using recipes and instructions from Delia Smith’s Christmas. I also use the term ‘we’ loosely as my sister-in-law did all of the preparation and cooking. We couldn’t quite stomach the idea of sweet potato and marshmallows, though we did indulge in a homemade pumpkin pie which is an acquired taste. I have since described this as ‘baby food in a pie crust’, but have been assured I’ll grow to love it if I stay in the US. After dinner, we played board games, drank red wine in front of the fire and watched a film.

In keeping with Thanksgiving tradition, we enjoyed a gorgeous Black Friday walk in the Connecticut woods. Devil’s Den is a beautiful nature reserve and we were lucky enough to stumble across some wild turkeys. I’m just glad we saw them after Thanksgiving and not before, I would have felt too guilty to enjoy my meal! 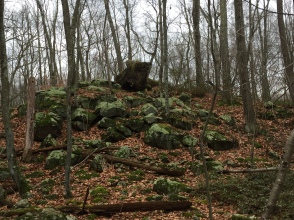 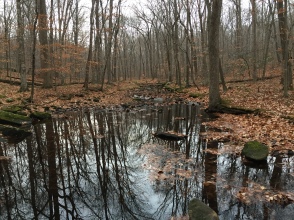 There has been a lot of debate about Thanksgiving this year and like Christmas, it has probably lost it’s true meaning somewhere along the way. Nonetheless, I will take it as an excuse to spend some quality time with family and be thankful for my lot.